English dreams are shattered… once again. Italy won Euro 2020 (1-1, 3-2 on penalties) against England in London on Sunday.

The euphoria of the pre-match festivities around Wembley therefore gives way to English tears ... and the expectation of a first international title since 1966.

It had started so well for the Three Lions.

From the 2 th  minute, a corner kick awarded limply by England defender Harry Maguire finally allowed his team the lead against an attack devastating. Luke Shaw thus scored his very first goal in the English selection.

And what a way to mark it! A nice climb from Harry Kane to the center, a quick deep pass to Kyle Walker, a throw to Kieran Trippier at the right corner of the box, then a super lob to defender Luke Shaw to the left of the net. His shot, taken with surprising confidence for a player who doesn't attempt it often, hit the inside of the post before crossing the line. It was the fastest goal ever scored in the Euro final. 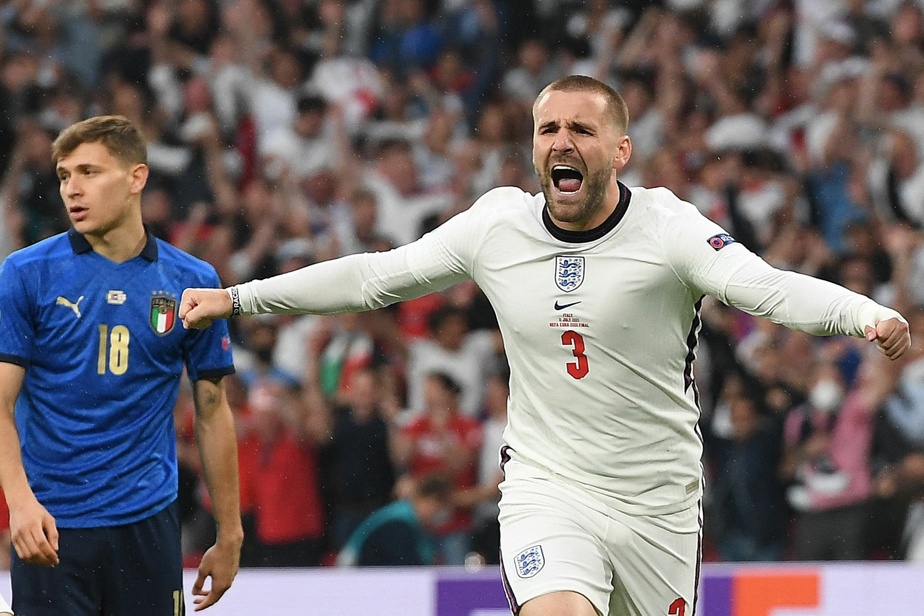 It was then believed that the English machine had started well. The beautiful passes from the middle to the wings sidelined the Italian defense several times at the start of the match, without the Azzurri finding an immediate response.

But Roberto Mancini is an experienced coach, and Italy, in its history, has seen others. Despite the conceded goal, it contained this hasty push from the English.

And when Italy was able to settle in the meeting, around the 30 th  minute, she never looked back. His first real opportunity came in the 35 th , when Federico Chiesa won his long battle against Maguire to take a good shot grazing the right post of goalkeeper Jordan Pickford.

At the start of the second half, we felt that the tide had turned for good.

The English appeared to drop possession to defend to 10 behind the ball. Italy was only too happy to take advantage of it.

And in the 67 th  minute, the reward: Leonardo Bonucci took advantage of the chaos in the penalty box after a corner kick and grabbed an unlucky return Pickford. It was 1-1. 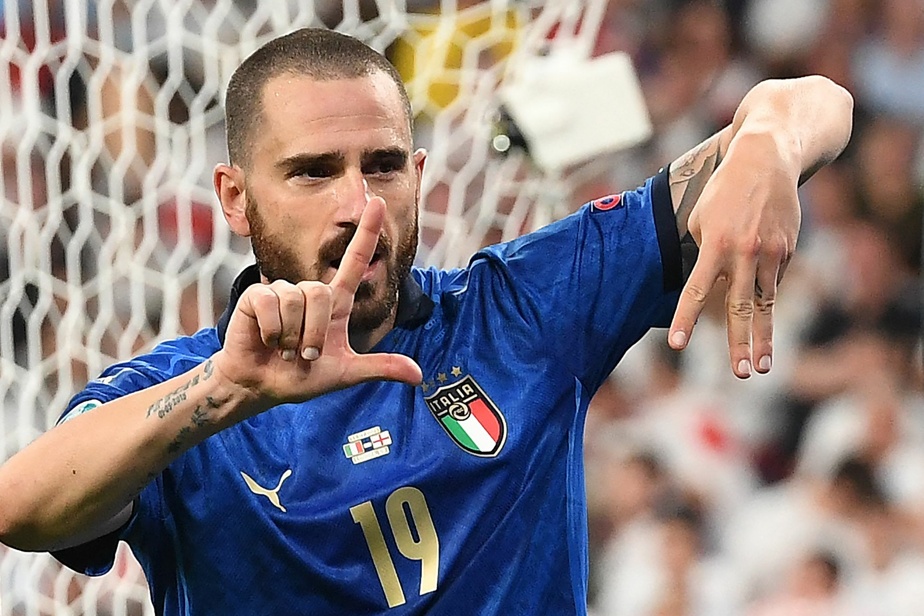 From that point on, it was trench warfare. Tight play. Neither team seemed to want to play it all.

The extra 30 minutes extended this tangent.

Few scenes in sport are as dramatic and tense as a penalty shootout. However, this is what awaited us in this final of the Euro.

England's successes came from Kane and Maguire, while Marcus Rashford, Jadon Sancho and Bukayo Saka were the unlucky shooters.

For the Italians, Domenico Berardi, Leonardo Bonucci and Federico Bernardeschi hit the nail on the head, but Andrea Belotti and Jorginho missed their chances.

Ultimately goalkeeper Gianluigi Donnarumma was the Italians' hero in this session, blocking shots from Saka and Sancho.

To complete the triumph, Donnarumma also leaves London with the trophy for the best player of Euro 2020.

“It's a dream, jubilant Donnarumma after the meeting. It's exceptional, we wrote history. We deserve what happens to us. We have an exceptional group, we love each other, we know where we come from. Nobody believed in us, but we are here today. Before the penalty shootout, I was calm, I know what I can do. " 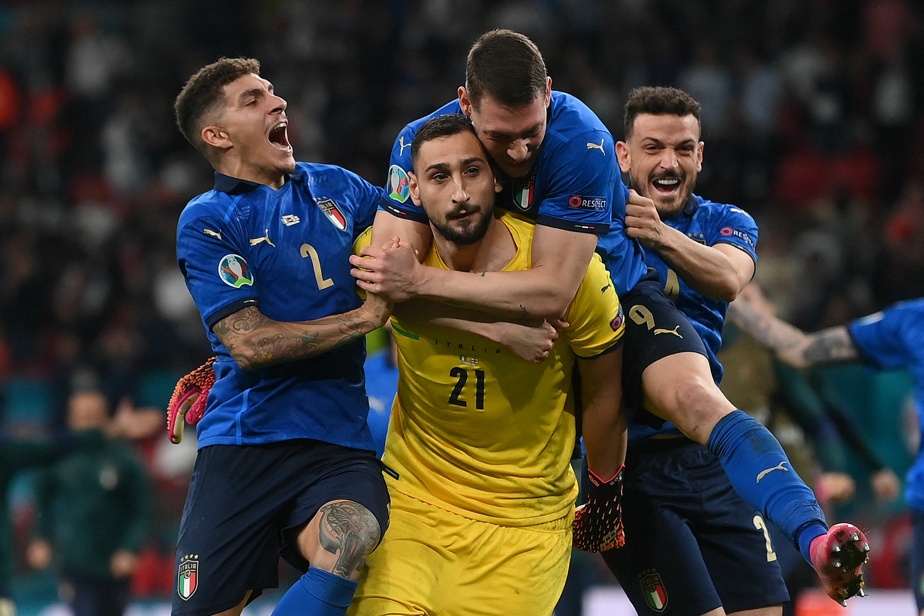 “These boys were great. We were brave, really brave. We conceded this goal quickly, it put us in difficulty, but afterwards, we dominated the game. "

Tonight, we are happy, it is important for everyone, for all the supporters. I hope they are celebrating [in Italy].

For England, this tough loss on penalties comes on top of the other misfortunes they have experienced in their history in international competition. Although a first international final in 55 years is cause for celebration, the disappointment of not having closed the books in London is deep. Among others for the captain, Harry Kane. 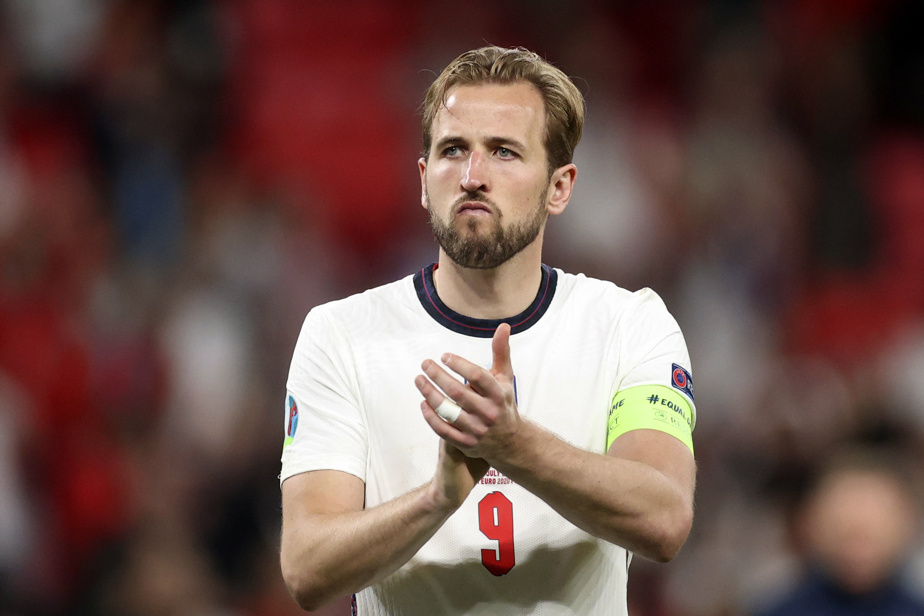 It wasn't our night, but it was a fantastic tournament, and we have to be proud and keep our heads up. It will hurt at the moment, but we are on the right track and we are building. I hope we can make progress thanks to that next year.

“Italy is a great team,” he continued. We got off to a good start and maybe we went back a little too far […]. To be fair, we were more in control, but they equalized from a set piece. And shots on goal are shots on goal. These are things that happen. Anyone can miss a penalty. We win together or we lose together. This should help the boys to grow and give us motivation for the World Cup next year. "

If England coach Gareth Southgate had a happy hand with his substitutions so far in the tournament, criticism will be difficult to avoid for his choices in the final, especially in view of the penalties. 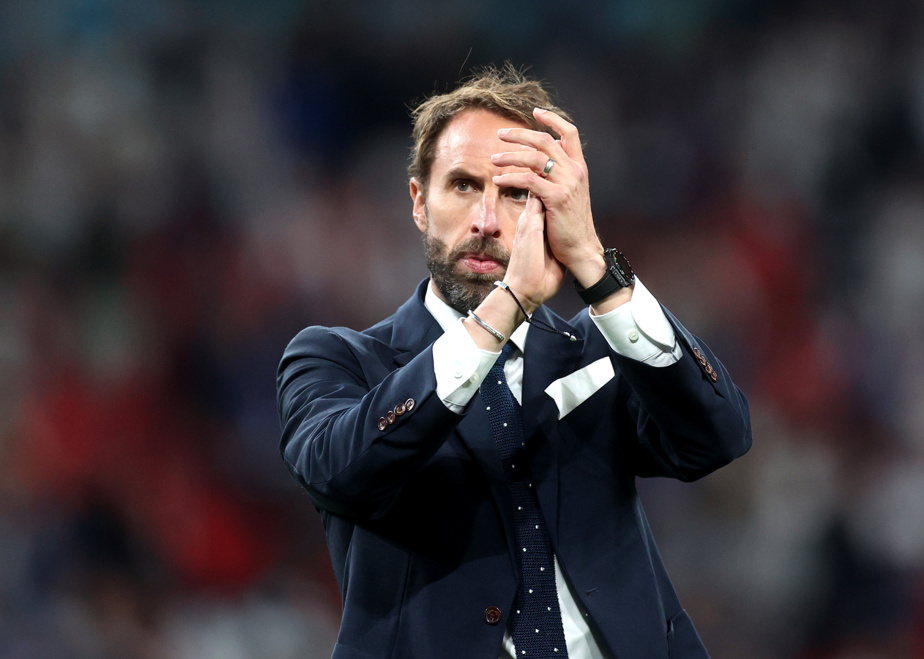 “I chose the shooters,” Southgate told British channel ITV. It was my decision to give him that penalty, ”he explained of the last English shooter, the young Saka (19), whose shot was stopped by Donnarumma.

“We worked on that with them in training. It was a gamble. We decided to make the changes at the end of the game. But we win or we lose together, as a team. "

Italy therefore succeeds Portugal as reigning champions of the European championship. This is his second title at this tournament, the first having been won in 1968. Squadra Azzurra is also the holder of four World Cups.

Recall that the Italians had failed to qualify for the 2018 World Cup.