Finally the foot in the door

With just the second appearance of his life on a National Hockey League rink last week, Jeffrey Viel got into a furious fight.

Why ? Because it had to.

“For me, the National Hockey League has been a dream for a long time,” he explains on the phone. There, I just played two games… It's just two games, but I see that the door is open. "

The door is finally open, one would be tempted to add. Because the young forward entered the San Jose Sharks as a free agent in May 2019. He spent time in the minor ranks, he spent time with the reserve team in January, then voila. that he was able to achieve this dream, his dream and this first game on March 29. 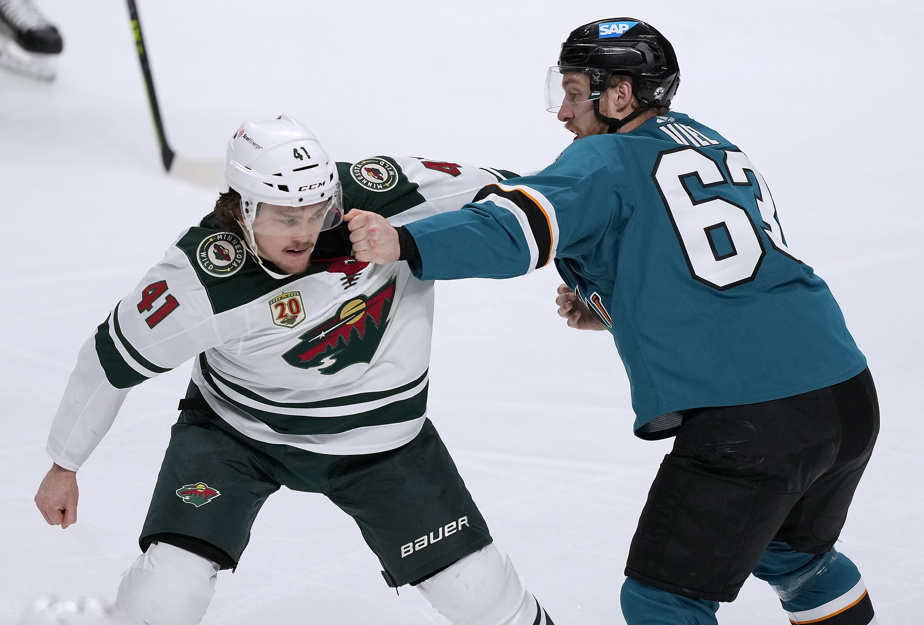 Before a door opens, there is bound to be a closed door, and that too, Viel has not forgotten. Because closed doors, he has seen them quite often in his life.

For example, the time he showed up in the NHL Draft in Buffalo, with his parents, only to have to tack without ever being able to hear someone say his name on the microphone. The times he came back empty-handed from two training camps, that of the Colorado Avalanche and that of the Arizona Coyotes. The times he had more difficult nights in the American League.

Which did not prevent him from hanging on even more.

"The draft, I went there for the experience ... I think I was ranked 181 th among the hopes, so there was nothing certain, I knew already arriving out there. I had spoken to seven or eight teams, no more. I got out of there knowing I was going to have to work even harder. And then, anyway, guys who play in the NHL without ever being drafted, there are plenty of them. "

On March 29, therefore, against the Minnesota Wild, Viel played his first NHL game at the age of 24. It happened after nearly five seasons in the QMJHL, after winning the Memorial Cup in 2018 with the Acadie-Bathurst Titan, after 139 games with the Sharks school club in the American League.

“To me, arriving in the NHL at 24, it wasn't that late,” he adds. It's not everyone who breaks through at 18; it's only the exceptional who do that. There are a lot of guys coming out of college and entering the league at 24. "

This is always what I wanted. I was born in Rimouski, but I grew up in the Granby region. When I was younger, I watched guys like Maxime Talbot, Antoine Roussel… These are two examples for me to follow. I want to be a tiring one too!

A tiring that can also put the puck at the back of the net. Moreover, in the junior ranks, this young man has already managed seasons of 33, 35 and 39 goals. He had 30 points in 54 games in his second season with the American League's San Jose Barracuda in 2019-20.

His name is added to the list of young Quebec players who have all taken their first steps in the NHL this season, such as Alexis Lafrenière, Philippe Maillet, Nicolas Meloche, Alex Barré-Boulet, Jérémy Davies, Frédéric Allard and Pierre-Olivier Joseph .

“There's nobody in the National League who hasn't already been a point-per-game guy in the junior ranks,” he adds. In the pros, everyone is capable of scoring. It's like that now.

“So I'm not going to change my style of play, because I've always been able to score goals, and I know I can score in this league too. Besides, I've always been a guy who liked physical and intense play anyway… ”

Which suits the Sharks and their head coach, Bob Boughner, himself a fan of physical and intense play in his young days as a defender. In his first games with the Sharks, Viel skated with Patrick Marleau and Marcus Sörensen. He's in the final year of a two-pronged contract, which earns him $ 70,000 in the American League and $ 780,000 in the NHL.

And he hopes he can be tiring for a long time like this.

“I think the Sharks trust me, otherwise I wouldn't be here,” he adds. I finally have my chance. It's up to me to grab it. "