The NFL regular season ends Sunday. While most of the teams already qualified will choose to rest their key players for the playoffs, the basement teams will want to end their season strong. Here is the bulletin of each of the 32 teams on the circuit.

The Cardinals looked set to step into the Dominion Conference top flight after a promising start, but were disappointing in the second half of the season (3-5 since November 8). We have the impression that there is a lack of leadership in this team.

After a disastrous start to the season, this team has played relatively well following the dismissal of head coach Dan Quinn. Whether that will be enough to keep interim coach Raheem Morris in his post remains to be seen. The Falcons are expected to consider all scenarios this winter, including swapping Matt Ryan and / or Julio Jones.

Before they even grappled with a COVID-19 outbreak, the Ravens were struggling. They started playing inspired football about a month ago. However, it is not too late to save their season with a good run in January.

The top score of the regular season goes to the Bills, who have established themselves as one of the NFL's top teams in recent months. The Josh Allen-Stefon Diggs combination continues to wreak havoc. The two players have become friends away from the field and it is a bond that is reflected during the matches.

With rookie head coach Matt Ruhle and one of the youngest defenses in the league, the Panthers have rarely been downgraded this season. Teddy Bridgewater and the offense have far exceeded expectations, and this team could fight for a playoff spot as early as 2021.

Impossible to assign a better note than this one to a team which did not win for almost two months… The inconstancy of the Bears could also cost them a place in the playoffs. In return, they had the merit of never having given up despite their six-game losing streak. 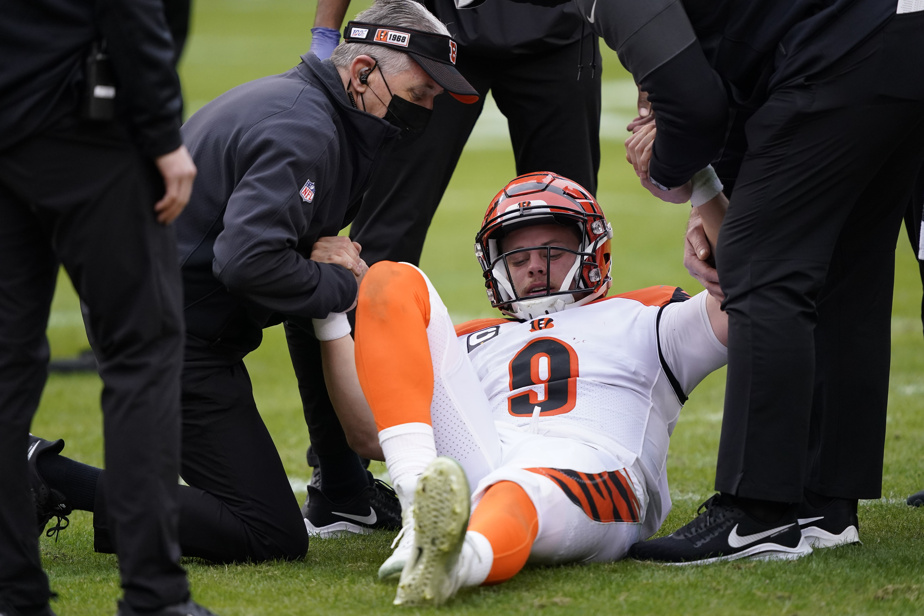 Their rating would be higher if they hadn't chosen to have Joe Burrow play behind one of the worst offensive lines on the tour. Fortunately, the quarterback, who suffered a serious knee injury, is on track to recover. The Bengals have just won twice in a row after losing eight of their previous nine games.

The Browns are still not sure of making the playoffs for the first time since 2002 because they were surprised by the Jets last Sunday. Will they succeed in defeating the Reservists of the Steelers? Their season will depend on it.

Even without Dak Prescott, the Cowboys would have made it to the playoffs if they had won one or two more games. Their wide-winger trio of Amari Cooper, Michael Gallup and CeeDee Lamb have proven he's been the best in the NFL for the past few weeks.

If Drew Lock progresses to an above-average starting quarterback, the Broncos will fight for a playoff spot for several years. With Von Miller and Courtland Sutton returning to the game, this team will be well positioned for their first winning season since 2016 next year.

Matt Patricia and Bob Quinn's stay with the Lions has been a complete failure. But it wouldn't be surprising to see the two return to work in New England soon. 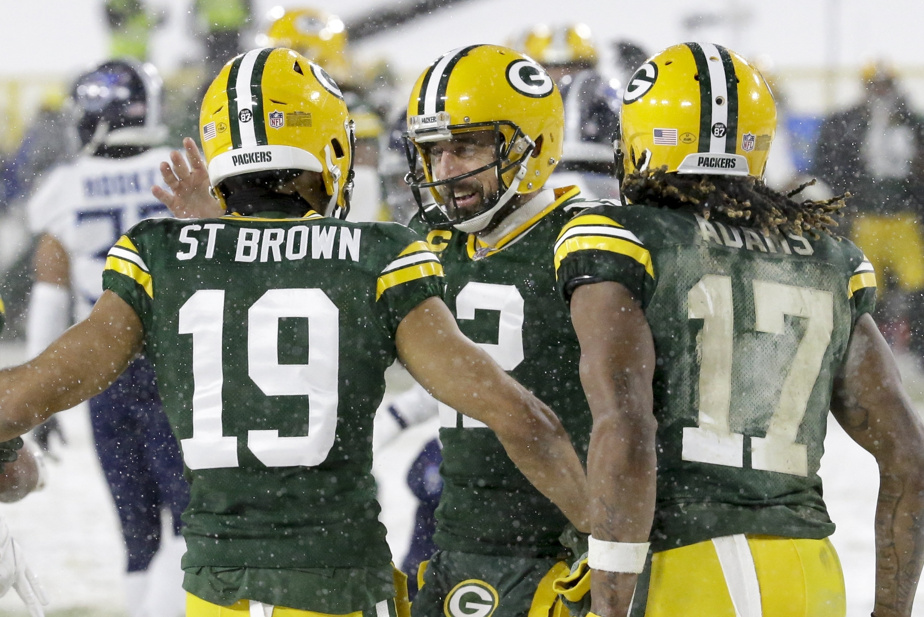 Aaron Rodgers and the Packers will be extremely difficult to take down in January, especially if the defense takes their game to another level. At the risk of repeating ourselves, imagine if the organization had added players who could have contributed this season with their first two choices last April ...

How will the Texans react after the exit of J. J. Watt, who questioned the will of some of his teammates last Sunday? Major changes are looming on the horizon.

In the end, it is the Colts' defeat at the hands of the Jaguars as a curtain raiser that risks costing them a place in the playoffs. Too bad, because this team is one of the best balanced in the league.

With their 14 losses in a row, the Jaguars will get their hands on Trevor Lawrence if he decides to start his professional career. Hard to do better as the first step in a reset.

An almost perfect season, and we never felt that the Chiefs were playing to their fullest extent. The proof is that the Chiefs have won their last seven games by a difference of 6 points or less. They're doing just enough to win, as they say, and it might end up catching them against a top team.

Saints of New Orleans: B + 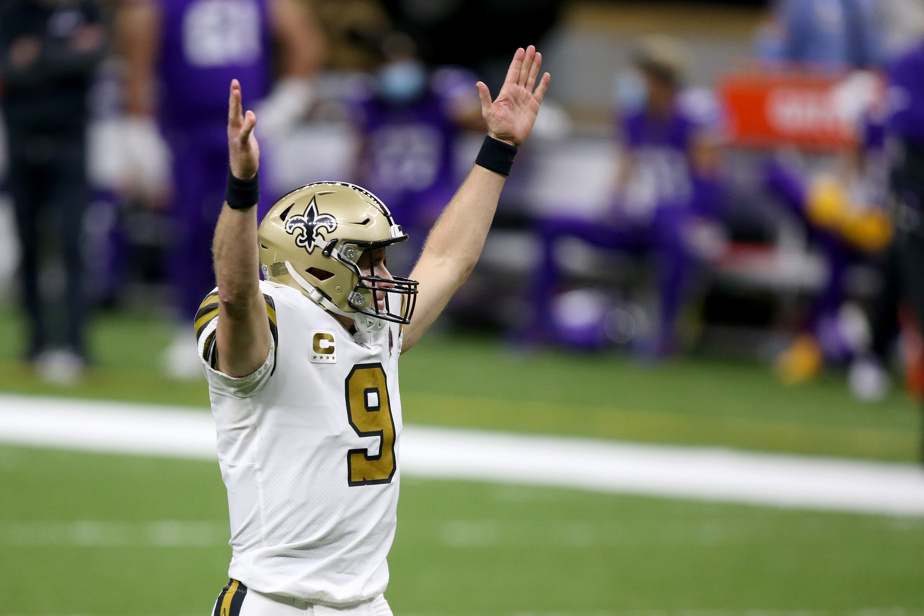 New Orleans Saints quarterback Drew Brees (9) could be in his final season in the NFL.

This will most likely be the best chance the Saints have of making it all the way for quite some time. Drew Brees could begin his career as an analyst with the NBC network next September and several defensive players are currently at the peak of their careers.

A month ago, the Raiders were heading for their first playoff appearance since Jon Gruden returned, but everything has fallen apart since. The Raiders' task could be more difficult in 2021 as the Broncos and Chargers are expected to improve.

Their rating would be lower if Justin Herbert hadn't been so impressive. The good news is that the Chargers have found their quarterback. The bad news is, they haven't played at the height of their talent in 2020 and still haven't learned how to win close games.

Sean McVay will have a golden opportunity to show that he truly is one of the best football heads in the NFL. Without Jared Goff and Cooper Kupp, the head coach will have to be very creative to take down the Cardinals on Sunday. 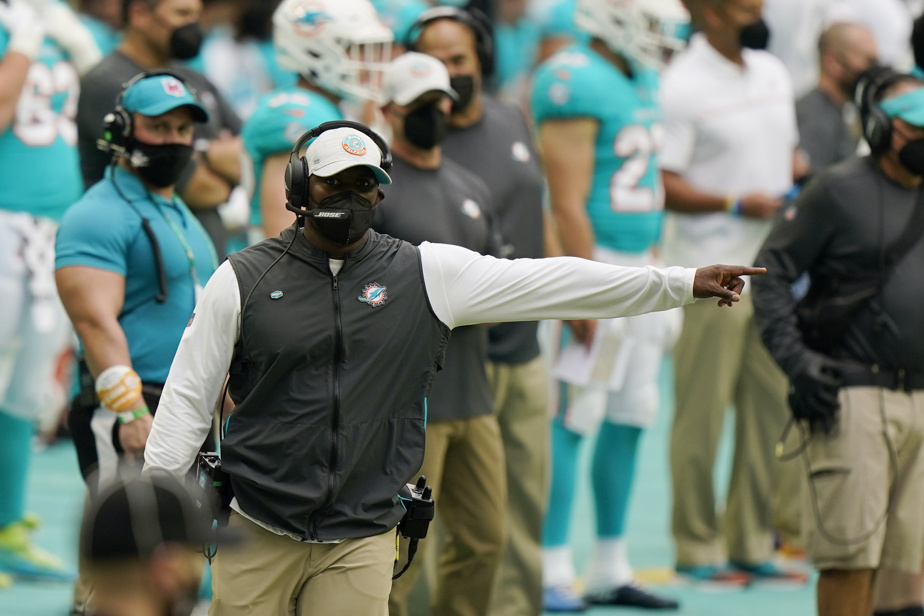 Brian Flores is expertly leading his team and the Dolphins were the biggest surprise of the year in the NFL. They moved ahead of their deadline by one year fighting for a playoff spot. They still have weaknesses, especially in receivers, but the Dolphins find a way to win.

The Vikings had to do without a few important players in defense, but ultimately it was their poor start to the season that caused them to miss the playoffs. Mike Zimmer and Kirk Cousins ​​will have even more pressure on them next fall.

Let's not forget that Joe Judge lost his best player, running back Saquon Barkley, early in the season, which is a huge factor for a team that doesn't really have a first receiver. If the Giants find a prominent wide-winger for Daniel Jones, they could finally come out of purgatory next season.

On paper, the Jets started the season with one of the worst teams in history. Unsurprisingly, they lost their first 13 games. The good thing is, they were getting close to Trevor Lawrence, but they screwed it up by beating the Rams. Unbelievable.

Bill Belichick may be the best coach in history, but no coach can win with a team that is sorely lacking in talent, as was the case with the Patriots this season. The Pats have a lot of work ahead of them to be able to hope to compete with the Bills in the American East Division. 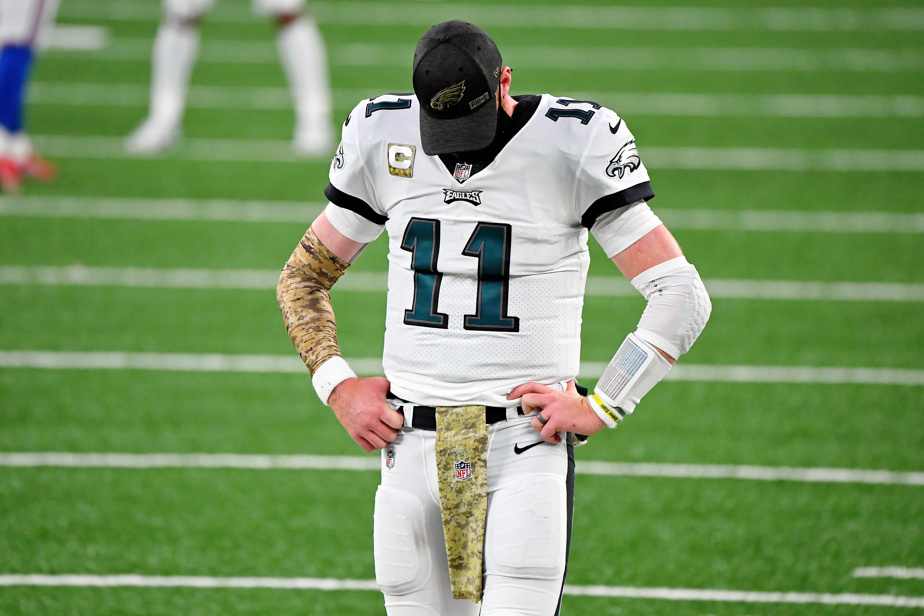 Doug Pederson said he was very hopeful to be back on the sidelines next year, but the staff might see it differently. The Eagles have steadily regressed since their Super Bowl three years ago and will have to contend with several bad contracts, starting with Carson Wentz.

Because their schedule has been altered several times due to the COVID-19 outbreaks that have hit the Titans and Ravens, the Steelers have not had a week off, even being forced to play three games in 12 days. Was it the fatigue that was behind their three-game losing streak, or was it more than that?

The Niners deserve a "C" for their field performance, but an "A" for their efforts. No team has had to deal with so many injuries. Kyle Shanahan's roster is expected to be back in full force next season, but doubts remain behind the center. Is Jimmy Garoppolo the man for the job?

The Seahawks' defense is playing better and better and Russell Wilson is capable of defeating anyone when he's at his peak. This team therefore remains formidable in January. 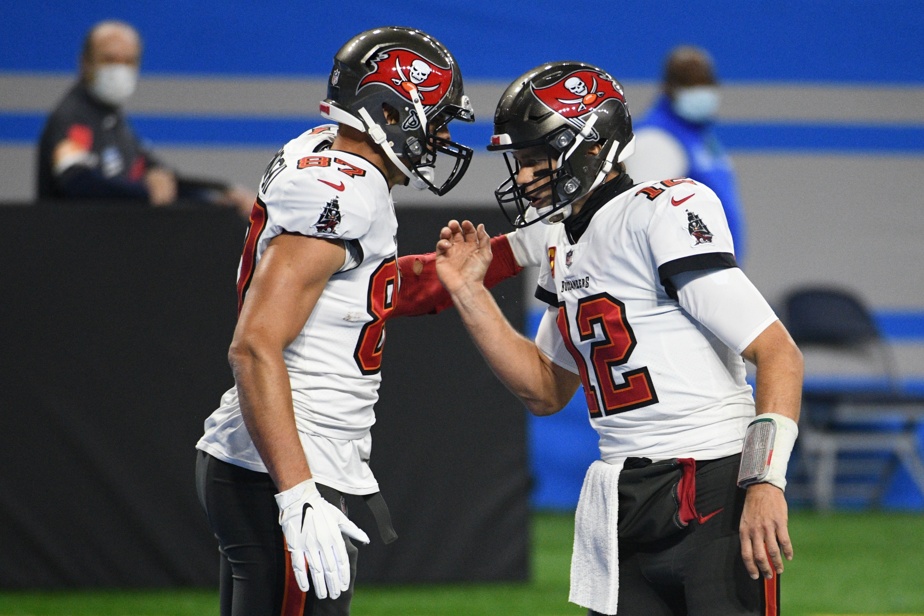 Tom Brady had his best moments of the season in December and the Bucs hit their stride at the right time. They will have to excel since the chances are very good that they will play at Lambeau Field in the second round.

With the talent they have, this team should have already secured their playoff pass. The defeat of the 1 st  November against Cincinnati could be very costly if Deshaun Watson and Texans surprised the Titans on Sunday.

We weren't expecting much from this team, but thanks to the arrival of head coach Ron Rivera, they finally seem to be on the right track. Led by Rivera, who is battling skin cancer, and Alex Smith, who hadn't played since his horrific leg injury suffered in 2018, Washington would claim its division title with a victory Sunday night in Philadelphia.

THREE MATCHES NOT TO BE MISSED 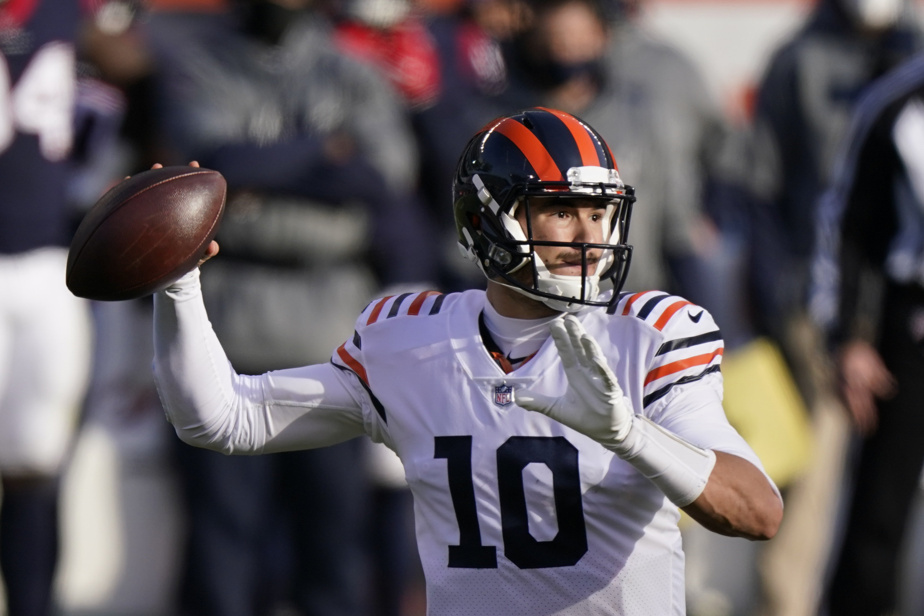 With the possible exception of the team members and their supporters, everyone had buried the Bears after their six straight losses. They won on October 18, then on December 13… Mitchell Trubisky has been playing well since taking over his starter position. He's been the driving force behind the Bears' three straight wins, which will advance to the playoffs if they win on Sunday. It will not be easy to achieve this, however, as the Packers will want to secure first place in the National and a first-round break, which they would do with a victory. The intensity should approach that of a playoff game at Soldier Field. 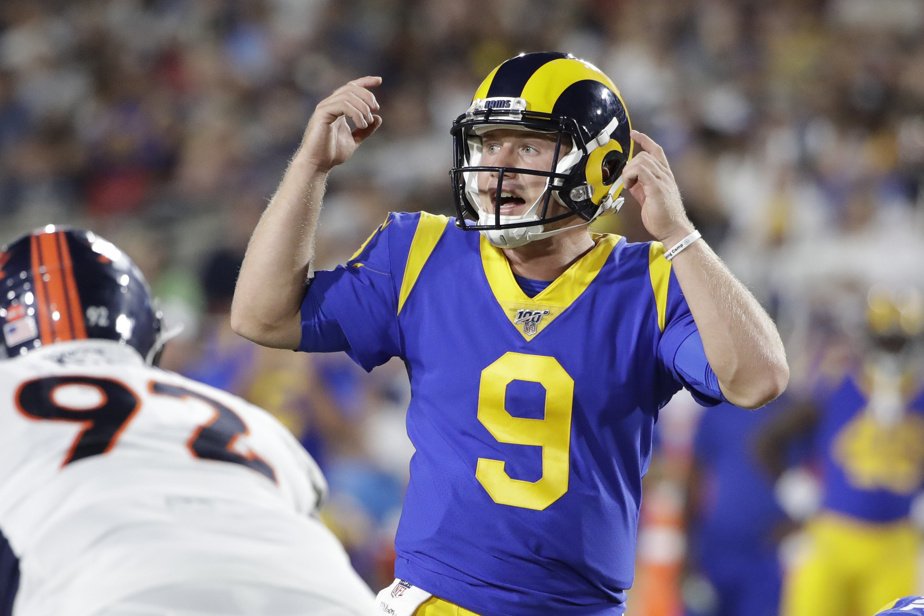 John Wolford (9) will be the Los Angeles Rams starting quarterback this Sunday.

A former Wake Forest University John Wolford has never thrown a pass in the NFL. It is still he who will replace Jared Goff, who broke the thumb of his right hand on Sunday. The Rams will also be without wide receiver Cooper Kupp (COVID-19) for this crucial game. Sean McVay's side will get their playoff ticket with a win, but miss the tournament if they lose and the Bears win in Chicago. It's even simpler in the case of the Cardinals: they'll make the playoffs if they win, but they'll miss them if they lose. Annoyed by a leg injury, Kyler Murray will be at his post. If he is forced out of the game, former CFL Chris Streveler will replace him. 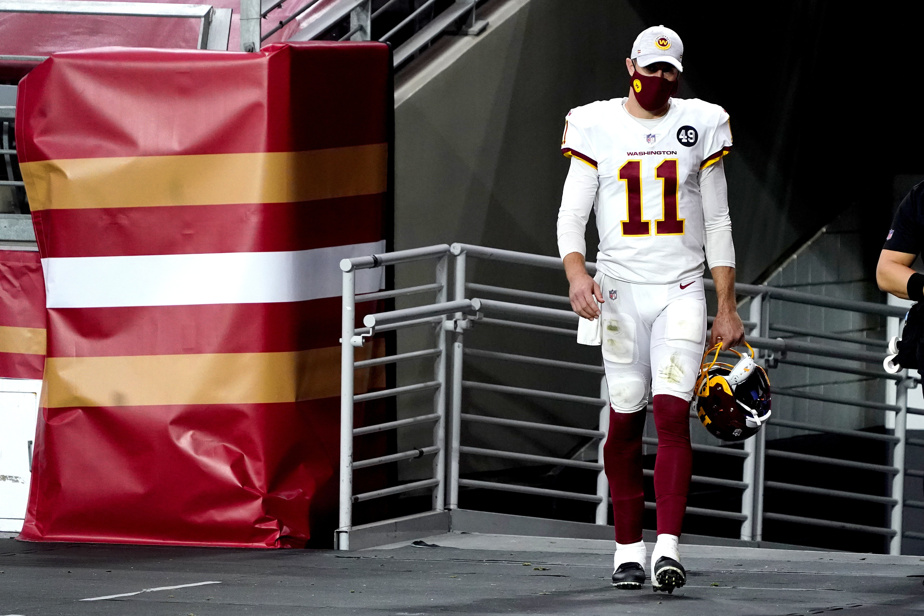 Alex Smith is expected to be the Washington team's starting quarterback this Sunday.

Dwayne Haskins' departure from Washington is not so surprising. The former first choice was not performing on the field, in addition to his indiscipline. Ron Rivera and his club should be able to count on Alex Smith, injured in a leg, in Philadelphia, while a playoff spot will be at stake for Washington. If the Eagles win, it will be the winner of the clash between the Cowboys and the Giants who will finish first in the East Division of the National and who will make the playoffs. The Eagles have been playing better since Jalen Hurts replaced Carson Wentz, who may have already played his last game with the team.