The Titans beat the Bills, like nothing had happened ...

Due to the COVID-19 outbreak that hit the Tennessee Titans, more than 20 of whom were infected with the virus, the team had been unable to train or meet for two weeks. But it didn't show up at all on Tuesday night.

The Titans went undefeated (4-0) serving a 42-16 correction to the Buffalo Bills, who suffered their first setback of the season. Very impressive in the first quarter of the calendar, the young Bills were downgraded for most of the evening.

The game started very badly for the Bills. Josh Allen threw his second interception of the season and Malcolm Butler returned the ball 29 yards to the Bills 16 line. A. J. Brown scored the first touchdown of the game two games later, and the tone was set.

The Bills responded with a great streak that ended with a touchdown from Isaiah McKenzie, but the Titans took control of the game on offense and defense from that point on, when the score was 7-7. . Astonishing performance after 16 days of inactivity. The Titans played their last game on September 27.

To the relief of the Bills, who have never regained their rhythm after McKenzie's touchdown, they have had to prepare for two different opponents over the past week. If the Tennessee game had been postponed or called off, the Bills would have faced the Kansas City Chiefs on Thursday night in Buffalo instead. This match will finally take place next Monday at 5 p.m.

But this unusual situation does not explain everything. The Bills took a few penalties for lack of focus, Allen threw a second interception, and the defense never pulled off a play that could have changed the pace of the game. An evening to be forgotten all along.

The Bills' main running back Devin Singletary hasn't been better than Allen or the defense. He only got 25 yards on 11 carries. The Bills line only allowed one sack, but the Titans' defensive front spent the evening in the backfield.

The Bills are favorites to finish first in the East American. If they want to achieve that, and if they hope to threaten the big hitters in the conference, adding another coin or two before the November 3 trading deadline, however, might be a good move.

There is just a good player who has just become available who could help the Bills attack, and they would not even have to compromise to get it. Le'Veon Bell was released by the New York Jets on Tuesday night and is now free as air. 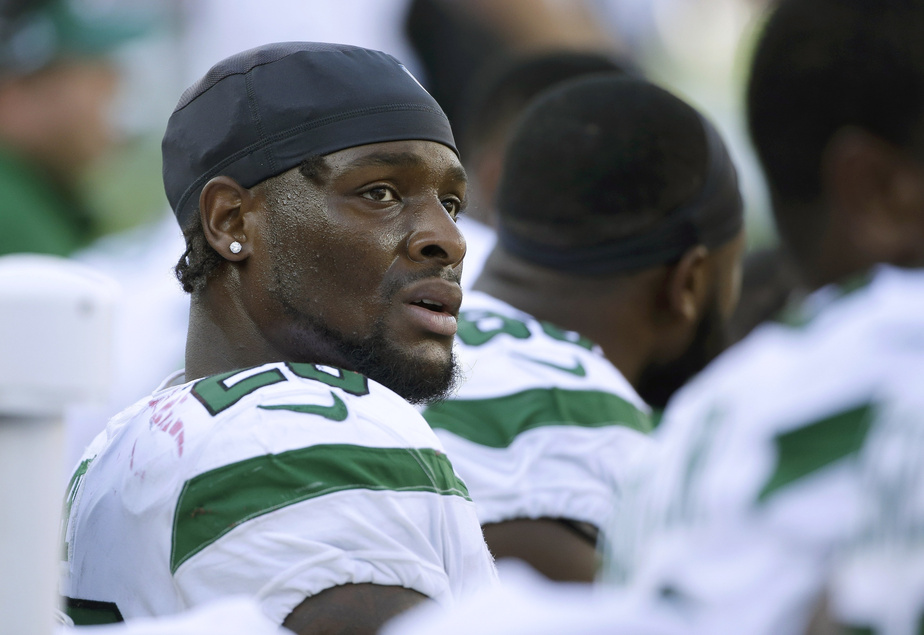 Surrounded by players like Allen and Stefon Diggs, who caught 10 passes for 106 yards on Tuesday night, and an offensive line that's significantly higher than the Jets, Bell would undoubtedly be more productive than he was in New York. He excels at passing protection and could become a good target for Allen on short passes, especially since the Bills don't really have a top tight end to do a similar job.

In total, it is 28 million for 18 service games that the Jets will have paid to Bell, who will probably first and foremost be looking for a winning team to end this season. Besides the Bills, the Chicago Bears, the Los Angeles Rams and the Pittsburgh Steelers seem to be the most logical destinations at first glance. Bell played his first five seasons with the Steelers, with whom he has enjoyed great success.

For the Titans, there is no doubt that Tuesday's game was their best of the season. They played with great energy during the 60 minutes and made very few mistakes, which is even more remarkable given that they were unable to train for two weeks.

What's also impressive is that Ryan Tannehill has excelled even though running back Derrick Henry hasn't been as productive as he normally is. Henry scored two touchdowns, but only averaged three yards per carry (57 in 19 carries).

Tannehill completed 75% of his passes (21 for 28) for 195 yards and 3 touchdowns. He added 42 rushing yards, including a 10-yard touchdown. The former Dolphins' top pick has been playing well since arriving in Tennessee, and the Titans showed him a great deal of confidence by awarding him a $ 118 million four-year contract last winter. So far, Tannehill has given it back to them.

The Bills were playing without a few major plays, including cornerback Tre'Davious White, on Tuesday night. They will have another great opportunity to demonstrate that they are part of the elite by hosting the Chiefs next Monday.

In the case of the Titans, their great performance reminded us why they reached the American final last January. And after playing that way despite the COVID-19 stresses they've had to face, there's no doubt that the Young Titans remain one of the best-prepared teams thanks to head coach Mike Vrabel .

Vrabel also said in his post-match press conference that every member of the Titans' organization, from first to last, would receive a match ball. This is what we learned from the profootballtalk.com site.

Vrabel clarified that it would be the same for the players, the cafeteria employees, the janitors, everyone. A nice gesture from a coach who is quickly establishing himself as one of the best and one of the most appreciated by his players.